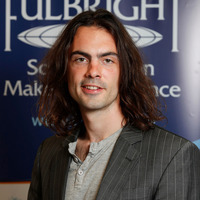 Music has been an integral element of Irish culture for the known part of its history. Still, a despairing silence fell over Ireland after the Great Famine in the 1840s, and the land only began to regain its voice at the turn of the 20th century. A host of singers starting reviving the tradition, Heaney chief among them.

Song of Granite (2017) tells the stirring life story of one of the 20th century’s greatest proponents of traditional Irish music—Seosamh Ó hÉanaí, known locally as Joe Éinniú or Joe Heaney. The film was shown at the Browning Cinema on Thursday, March 22.

The screening, followed by a discussion chaired by Seaghan, was a great success.

Read the full article in the Observer