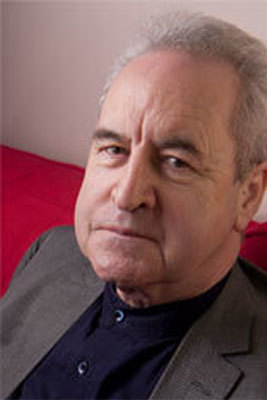 The award-winning novelist John Banville will be a short-term visitor at the Keough-Naughton Institute for Irish Studies from 30 October through mid-November 2018.  During that time, he will visit Notre Dame classes and immerse himself in academic and cultural events on campus, as well as devote concentrated time to works in progress.

We will feature Mr. Banville and his works in two public events:

Roundtable on the Works of John Banville: 9 November at 4:00 in 1030 Jenkins Nanovic Hall
Professors Joyelle McSweeney, Brian Ó Conchubhair, and Cyril O’Regan will each speak on some aspect of Mr. Banville’s work, and he will respond in turn.

Reading and Public Lecture: 12 November at 4:00 in 1030 Jenkins Nanovic Halls
with book sales and signings, and a reception, to follow.

Among the awards Mr. Banville’s novels have won are the Allied Irish Banks fiction prize, the American-Irish Foundation award, the James Tait Black Memorial Prize, the Guardian Fiction Prize. In 1989, The Book of Evidence was shortlisted for the Booker Prize, and was awarded the first Guinness Peat Aviation Award; in Italian, as La Spiegazione dei Fatti, the book was awarded the 1991 Premio Ennio Flaiano. Ghosts was shortlisted for the Whitbread Fiction Prize 1993; The Untouchable for the same prize in 1997. In 2003, he was awarded the Premio Nonino. He has also received a literary award from the Lannan Foundation in the US. In 2005, he won the Man Booker Prize for The Sea. In 2011 he was awarded the Franz Kafka Prize. Last year, John was awarded the Irish Pen Award for Outstanding Achievement in Irish Literature.